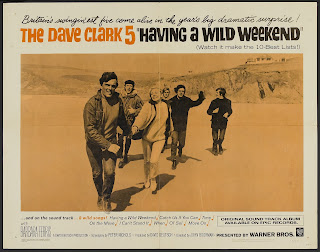 Over the years, it has just become a common assumption that any British Invasion rock group vehicle movie released in the wake of A Hard Day's Night (1964) is terrible. This must stem from one simple fact: none of these bands are the Beatles, so both their music and their movies shouldn't logically hold a candle to those of the Fab Four. Perhaps after all these years, it's time to re-evaluate the band vehicle genre without comparing all of its films to Hard Day's Night and Help! (1965). Yes, even though Herman's Hermits are kinda ridiculous as a band, their star vehicles Hold On! (1966) and Mrs. Brown You've Got a Lovely Daughter (1968) are not at all terrible. Cliff Richard and the Shadows, who never really hit big over here, still do not disappoint with Finders Keepers (1966). At this rate, I'd be willing to bet that even...ugh...Freddie and the Dreamers aren't so bad in Seaside Swingers (1965) and Gerry and the Pacemakers' Ferry Cross the Mersey (1965) couldn't be as disappointing as one expects (by the way, when will these see the light of day?). 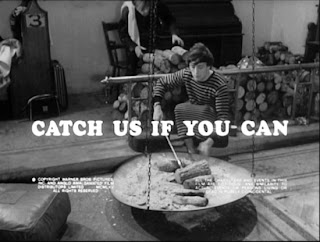 Continuing this surprising pattern, Having a Wild Weekend (1965; also released as Catch Us if You Can), the Dave Clark Five's star vehicle, is an unexpected delight. To begin with, the band members doesn't play themselves. The quintet is a stunt team working on an advertising campaign for the meat industry of Britain, which is using perky blonde Dinah (Barbara Ferris) as its poster child. When Steve (Dave Clark) and Dinah have had enough of the ad game, they take off from a commercial shoot in a rented car and make plans to escape to an island Dinah is considering buying for the weekend. Along the way, they are pursued by the ad company president's henchmen and encounter a group of pre-hippie burnouts, a lecherous middle-aged couple who whisks them and the other four stuntmen to a costume party, and an enterprising farmer attempting to turn his sprawling home on the Moors into a wild west-themed tourist trap. 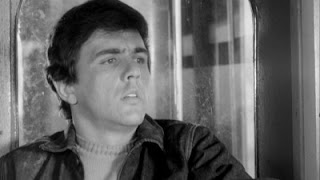 Directed by a pre-Hollywood John Boorman and photographed by the superb Manny Wynn, Having a Wild Weekend looks great and actually plays like a dramatic road movie more than a musical or a comedy. In fact, the film only really stumbles when Boorman attempts to turn it into a comedy, with a poorly blocked and edited slapstick chase scene taking the honors as the film's worst moment. Even the title is slightly misleading: the entire film is spent trying to get to Dinah's island for said weekend, but in fact the "wild weekend" is the journey itself, as the youthful semi-romantic couple shuns elder authority figures and attempts to renew their love of life. In fact, for a rock vehicle film, it's shocking what little rock there is to be found here. There are no musical numbers in the film, and there are a mere 4-5 Dave Clark Five songs heard on the entire soundtrack, most repeated throughout. The group spends very little time together, as Dave Clark is pushed into the starring role, relegating his four band mates to the background. They're practically comic relief while Clark plays an early version of the angry young man archetype found in late-60s films. Clark's brooding and handsome act is very believable, and he probably could have successfully pursued an acting career if he'd wanted to. Barbara Ferris, so good in a variety of projects like Sparrows Can't Sing (1963), Children of the Damned (1964), and Bitter Harvest (1963), is quite excellent as the girl with more going on behind that pretty face. It's also a nice surprise to spot some interesting cast members, including an uncredited Sheila Fearn as one of the teenage dropouts, the unusual-looking Yootha Joyce as Nan, the upper-class wife drooling over Steve, and comic character actor Robin Bailey as Guy, her husband attempting to seduce Dinah with his vintage movie memorabilia. Remind me to try that trick sometime. 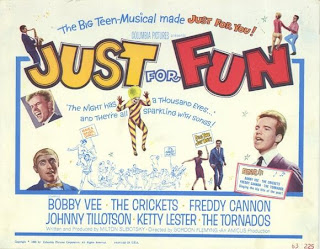 Now, quite different from the rock group vehicle film is the 60s rock musical genre. Films in the latter group feature a number of different performers and groups in musical numbers, most often tied together with some semblance of a plot. The best of this genre is arguably The TAMI Show (1964), which is just one performance after another by superstars like The Supremes, The Rolling Stones, James Brown, and The Beach Boys, among others (Marvin Gaye, Jan and Dean, The Barbarians, The Blossoms, Billy J. Kramer and the Dakotas, etc.). Its follow-up, The Big TNT Show (1966), with Ray Charles, The Byrds, Ike and Tina Turner, Bo Diddley, The Ronettes, and many others, is also killer. But rock musicals seem to have been kickstarted as far back as the 1950s by Sam Katzman, who produced a number of twist and rock cash-in films for Columbia (1956's Rock Around the Clock and Don't Knock the Rock, 1961's Twist Around the Clock and Don't Knock the Twist). The incredible number of rock musical films of this type is staggering, and capturing such a variety of performers on-camera is musical gold. Even if the films are less than stellar, hearing and seeing so many interesting varieties of music is always worthwhile. 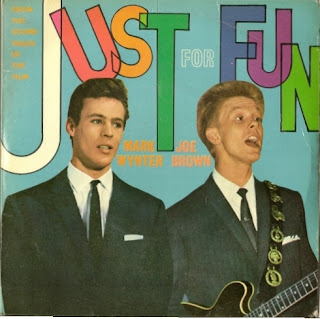 Just for Fun! (1963) is billed by Anthology Film Archives as a vehicle film, but it's actually one of these rock musicals packed with performances by both well-known and obscure acts. As might be expected from any musical, the story is slight and is merely there to hang plentiful musical numbers on. However, the sheer volume of music vs. plot makes for an exhausting film when one song ends and another begins almost immediately after. This wouldn't be a problem if the music was consistently good, but as the last gasp of pop music before the British Invasion rocked the globe, I concluded the film with two questions: "Where are the girl groups?" and "Can't the Beatles show up already to save music?" 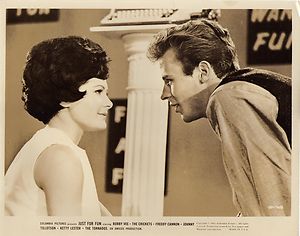 The plot, which is peppered with terribly unfunny moments, follows two political parties as they change the voting age to include teenagers, but disregard anything the teens have to say about the issues. In this case, the sole issue is that TV will stop showing so many musical programs. No way, man! The youth of England, led by singers Mark Wynter (yuck) and Cherry Roland (who has trouble not looking at the camera), then starts its own political party (yeah, don't ask how) and throw some musicians into the running as their candidates of choice. We never learn who their elected representative is in the race for Parliament, just that the Fun Party wins, but if you thought Wild in the Streets (1968) was the beginning of anti-youth youth films, that nonsensical film must have grabbed its ending from this import.

So who are the acts in the film? Maybe more importantly, who are the good ones worth hearing? It's doubtful you've heard of most of these bands, though there are some names here. Brian Poole and the Tremeloes are probably the best-known; Poole is geeky hot and their song "Keep On Dancing" (no relation to the Gentrys song) is great. The Springfields, with Dusty front and center, are superb performing "Little Boat". The aforementioned Cherry Roland opens the film with gusto singing the title song. There are three good instrumental groups, the Sounds Incorporated, the sleek Joe Meek-produced Tornados (best known for the organ-driven "Telstar"), and the superior Jet Harris band, who are photographed dressed all in black with sparse lighting highlighting the band members' faces and instruments. Harris returns with Tony Meehan to sing a so-bad-it's-good cover of "The Hully Gully", highlighted by the use of a bored-looking female drummer on stage with the singers. It's camp-tastic.

There are visiting Americans in the mix, too, and not to be biased, but they're among the highlights of the film. Ketty Lester (a decade before her turn as a horrifying morgue vampire in Blacula) sings a sultry soul number; Bobby Vee sings two tunes, including his hit "The Night Has a Thousand Eyes"; The Crickets sans Buddy Holly, but still trying to sound like him and/or the Everlys, also play two songs, both very good; Johnny Tillotson sings "Judy", a song that feels about five years past its prime, but he sells it. The most surprising appearance, and maybe the best of the film, is by a Swedish band, The Spotnicks, who are actually head and shoulders above most of the British groups, with their heavily accented cover of "My Bonnie" performed in astronaut suits. In the film, the Spotnicks are telecast in via satellite to lend support to the Fun Party, and on that note, it seems that the UK version of the film had Sylvie Vartan doing the same from France. She would have enlivened the proceedings quite a bit, I imagine. Jimmy Powell is also missing from the US version from Columbia, which is a shame because he's kinda dynamite, too.

Now the rest... Goofy-looking Joe Brown, a kind of mix between Jim Carrey and Billy Idol, sings two songs. Kenny Lynch, who you may remember from Dr. Terror's House of Horrors (1965), also sings a pair of forgettable songs. Lynch, the sole black British performer, has zero charisma or soul. Mark Wynter, the male lead, contributes harmless fluff to the soundtrack. Freddy Cannon seems like the Roy Orbison of England: decidedly un-hip-looking, but with a killer voice. He sings two songs, both forgettable, and that can't be said about Orbison; Cannon can also do better, trust me. The absolute worst music in the film is courtesy of The Vernons Girls, a wannabe girl group who merely sing a song in unison, no harmonies and no attempt to be in the least bit interesting. In 1963, girl groups must have been a distinctly American phenomenon, or at least we were the ones getting it right. The Ronettes and The Shangri-Las would have beat the tar out of the Vernons. There are solo girl singers, too, like Louise Cordet, Lyn Cornell, and Cloda Rodgers. No unsung gems are these ladies. Only Cordet's "Which Way the Wind Blows" is mildly fun. It should also be noted that almost all of the acts are introduced by three famous 60s disc jockeys, Alan Freeman, David Jacobs, and Jimmy Savile, kind of like the UK Alan Freed or Dick Clark equivalents.